Young puppies come into this world a blank slate – their mom teaches them the ways of the world as best she can during their first 8 weeks of life. This is why is it so critical that puppies are never taken away from their mother before this time. The mother dog teaches the young puppies social skills, acceptable behaviour and, to a certain extent, what to be fearful of.

Beyond that, there are two other critical time frames in a young pup’s life. These are called “Fear Periods” (please note, however, that this may be influenced by breed and genetics), and it is extremely important for a dog to not experience anything harsh or damaging during these times. – they will remember it forever as it imprints strongly in their memory.

Fear periods are caused by changes in hormone levels and often coincide with periods of heightened awareness and growth – the pup is learning what it needs to fear in life in order to be able to survive as it matures. From an evolutionary perspective, wild and feral dogs left their family groups and ventured off into the world around this age and it was important for their survival to understand what could be potentially dangerous or life-threatening. It is essentially a crucial developmental phase where puppies learn more about their world – things that are experienced in a positive light will be seen as normal and bad experiences will trigger an aggressive or fearful response in the future. If you have a dog that has a fighting instinct (vs. a flight based response), it will respond by snarling, growling, biting, or attacking the source of this bad experience.

The first fear period is predictable and occurs around 8 – 10 weeks of age. The pup can seem normal behavior-wise and owners may not even notice that it is currently undergoing this phase.

The second fear period lasts for about 2 or 3 weeks and occurs less predictably – it can occur anywhere during adolescence when it is between 4 to 18 months of age. During this second fear period, the dog’s behaviour will change and become more skittish or fearful around things and people that never really bothered it before. Watch your dog’s behaviour carefully around this time frame and try to pinpoint when it is going through this second fear period (for example, a normally friendly puppy may suddenly start barking at strangers during walks, or a normally confident dog may suddenly be afraid of fire hydrants or stairs).

When you think your dog is going through a fear period, make sure you take every precaution to only expose it to positive experiences – if the dog seems threatened or scared, reassure it with more praise and friendliness than usual. Be calm and cheerful when approaching it if it seems uncharacteristically spooked (for example, if someone goes by on a skateboard or bicycle or a known neighbor walks by and the dog suddenly stiffens, barks or behaves in an out of the norm way). As long as you manage the dog’s experiences and ensure positive associations with people, places, sounds, other dogs and animals, the pup will grown up to view these as safe and normal aspects of day to day life. During other phases of the dog’s life, it is able to simply ‘shake off’ bad experiences and bounce right back without any fear permanently imprinting.  However, if, for example, the pup is in the fear period and is attacked by another dog, it will develop a heightened sense of dog-aggression in the future. If it is accidentally hurt by a man with a beard, it will develop a lifelong fearful/aggressive reaction towards all men with beards. During the fear period phase, your dog’s brain is easily triggered and especially sensitive to anything bad that happens. Even one painful or scary experience during these fear periods can have a lifelong impact on your dog and the way it responds to that trigger in the future. It is termed “single event learning” since only one bad experience in itself can result in a permanent emotional reaction to the trigger that caused it. Your dog should not be allowed to be hurt or scared either maliciously or inadvertently.

To sum it up, many otherwise sociable dogs become a little nervous as they transit into adolescence and leave puppyhood behind. If your previously confident dog suddenly becomes skittish or nervous around new or even familiar things during the age of 4 to 14 months, it is most likely going through a developmental phase as it enters adolescence. Keep your dog safe and protect them from harm or pain. During this phase it is important that you never force them to approach something they are fearful of. Limit all negative experiences as best you can. If they are fearful of people or sounds that are safe, provide positive reinforcement (treats, ball games, etc) so that they develop a positive association with them. Let them back off from the source of fear if they want to. Don’t worry, they’ll soon revert back to their normal selves. However, if they are hurt during this time, they will become more skittish or aggressive in similar circumstances as they get older – often this can become worse as time goes by. If they get in a dog fight, they will become more and more dog aggressive as they mature and this can quickly get out of control, especially with the larger breed dogs and the ones that have a fight based response. 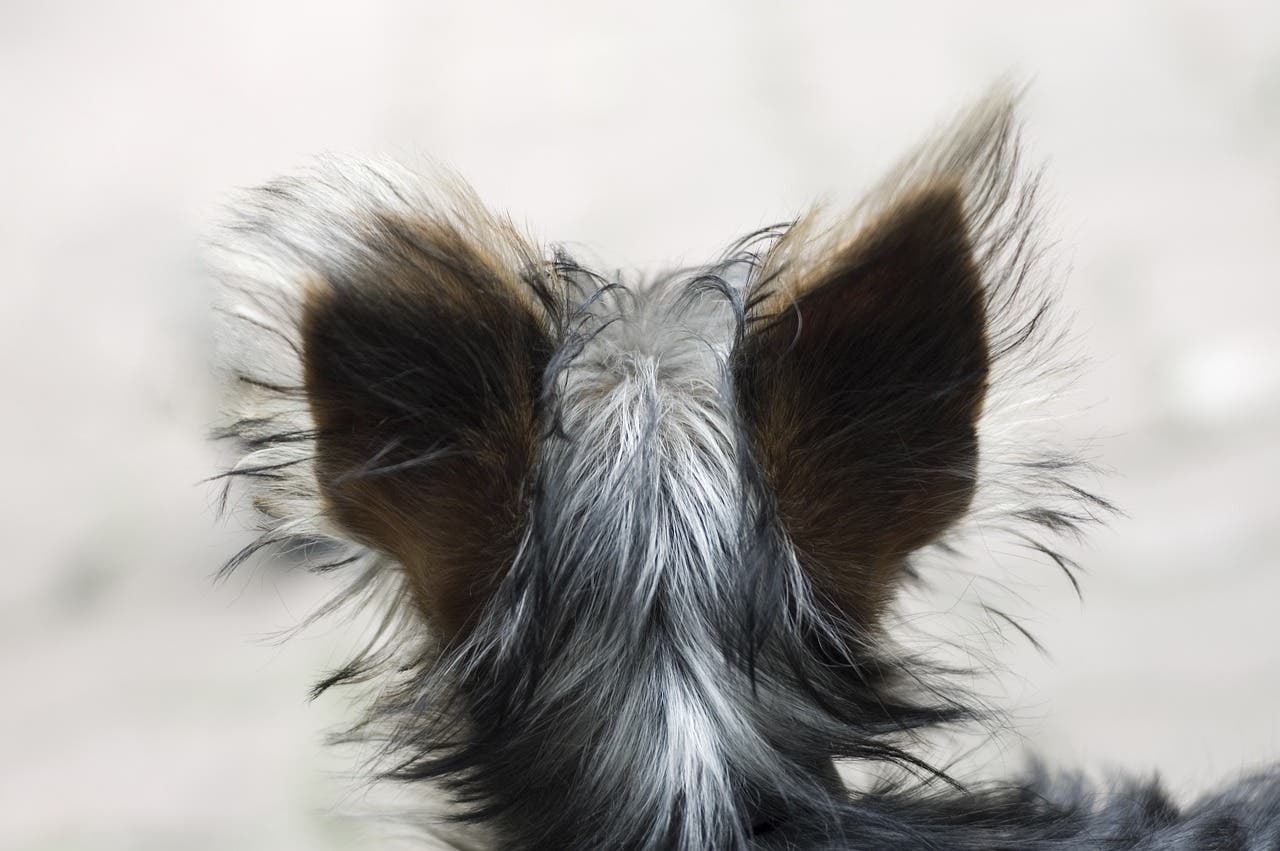 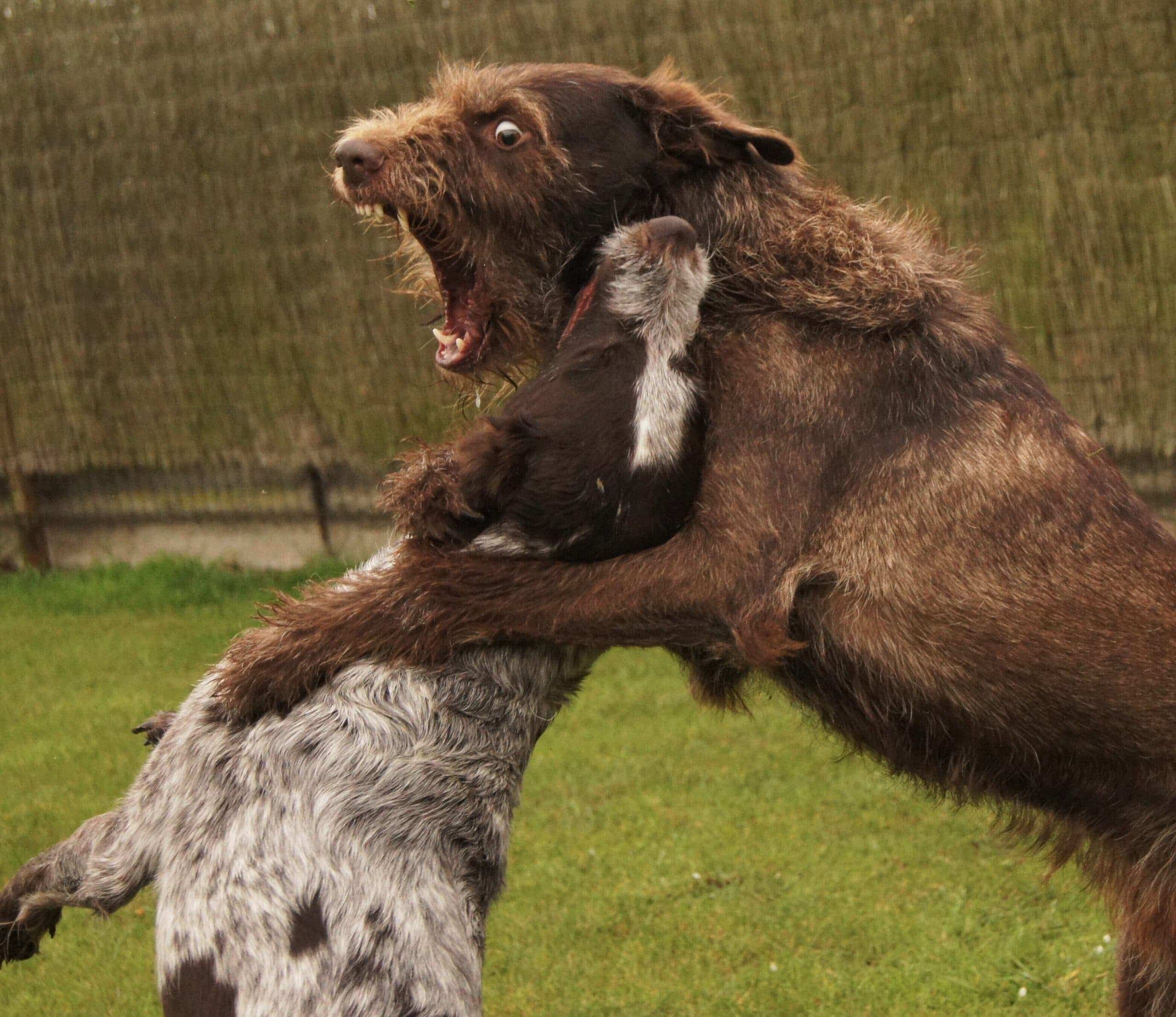