This puppy’s response to hearing food:

This dog’s reaction for food just made my day ??? pic.twitter.com/i12jS5eIDE

A dog and his owner enjoying some tea:

Important announcement: A MAN. HAD TEA. WITH HIS DOG. AT MY WORK TODAY. pic.twitter.com/5XFP5iFuYO

When your dog won’t let you get out of bed:

Teacher: “Why are you late today?”

Me: “My dog wouldn’t let me get out of bed…” pic.twitter.com/ERRiWkYpUu

Whenever I leave my house for a long period of time (like for vacation … or a long day at work) I hide treats throughout my house for my dog to find. #canecorso #bluenose #dog #mustlovedogs pic.twitter.com/3KAc9pbwaa

This beautiful new bond being formed:

This grandma was so sad after she lost two dogs — and this is the moment her family surprised with someone new to love ?❤ pic.twitter.com/Qf3cT1e9Gr

This dog just calmly walking along while a giant BEAR tries to play with him.

“don’t mind me am just chilling in the cool water” – Dog Probably pic.twitter.com/C22jIkFnaO

This dog is a clever pup indeed, opening kitchen drawers, looking for treats.

CLEVER PUP: This determined dog opens kitchen drawers so she can climb on top of the counter to find treats. https://t.co/V2vgf5mdgV pic.twitter.com/J0mAjnKdNg

Most swag dog ever https://t.co/Ws2fftD7X3

These guys dressed their dog in a giant spider costume.

These guys dressed up their dog as a big spider, I’m out ???? | pic.twitter.com/UsqEkt8vWX

Facebook
Twitter
LinkedIn
Pinterest
PrevPreviousUnited Airline to Ban Numerous Dog and Cat Breeds following highly publicized death of dog onboard one of its flights
NextHusky is naughty, then throws an Oscar-Winning Tantrum after being lectured by momNext 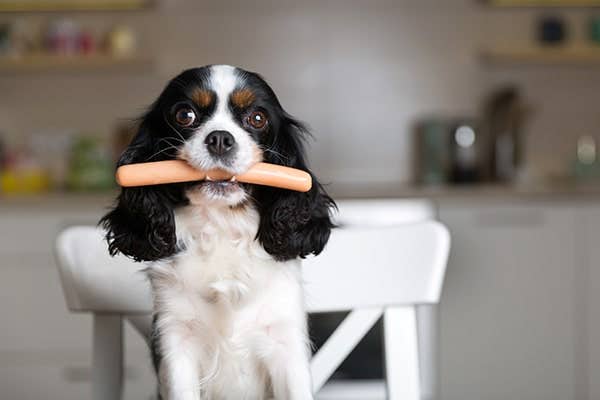 Foods That are Toxic to Dogs – 5 Items to Keep Away

10 Easy Ways To Get Fit With Your Dog!